February 4th would have been my dad’s 88th birthday. It is almost two months since he left us…and has left me thinking about him. About his way of being in the world.

When Dad had his first bit of pay in hand, so many years ago, he took one-tenth of it and gave it to his church. And with every paycheque following, through his entire life. In the Bible, it’s called “tithing.”

He tended to have conflicts with churches, and he would go through times of keeping his study of the Bible and his worship personal, and retreat from the more public practice of attending a bricks-and-mortar. At such times, he would bank his tithe in a special account or donate it to missionaries. His grandparents had been missionaries, and the role of missions was critical to him. So over his years of earning, he supported missions, missionaries, their children, their schools. He supported an airplane pilot in Indonesia, and a Bible School in Brazil, and behind the iron curtain radio ministry, as well as broadcasting elsewhere with the message that meant so much to him.

In the 80s–so long ago now it seems–I was earning not much more than minimum wage, but I remember wanting to buy unbleached paper. It was significant to me; I used so much paper. I always needed hard copy for writing my stories. I couldn’t think and type. I wrote long hand for first drafts, and then typed and then used a computer for later drafts. I was constantly buying and using paper, and the process of making that clean white stuff disturbed me. But at that time, it was new technology to create a product that was a bit less harmful for the environment, and it cost so much more. Much like buying organic food does now, or clothing not created in places of workplace horror.

I remember paying the extra, for dingy clay-coloured paper. And I remember thinking this is what it is to believe this is just right. Money where mouth is and all.

Secular tithe. Supporting what matters to one.

I couldn’t help but notice this past month, accumulating numbers for my taxes, the amount I’ve spent on music in the past year. Not much, really. Depending on how you look at it. A month of Vancouver rent for one or two co-habiting musicians, is what it would amount to. Add with local bands, the funds going to the restaurants and bars that host the musicians… maybe another month of rent. Maybe a food bill.

How much to bookstores. Small independents… My rule for buying second-hand books has been this: the author must be rich or dead. Small number for the first group, bigger options for the second. But alive and broke? Buy new. Watch the books you buy: if there’s a black marker slash across the bottom, it’s not a book from which the author will see earnings. (Is that another post? Do you know how this works?)

What you want to eat, drink, read, see, hear–tithe and buy. On a mission. 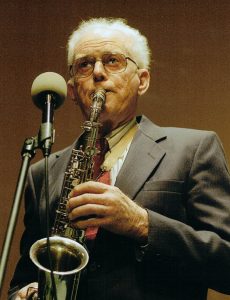